121MuslimDating.com in times of COVID-19

Culturally Muslims are encouraged and even required to be in successful and correct relationships as family and making a successful match is very important in the Muslim culture. So how do young single Muslims meet single daters that are not within their standard social circle and broaden their opportunities to finding love, romance and partnership with a companion? Traditionally Muslim gatherings are very large affairs and therefore the new rule of six has hit the Muslim community very hard in the United Kingdom. Muslim culture is very family orientated and therefore the COVID-19 restrictions have been a problem to the traditional gatherings and festivals in 2020.

This has created even more of a challenge to young single Muslims to find a compatible partner when you are not allowed to meet and still have the cultural restrictions on how to start a relationship, but are expected to make a good match. Family and traditions play a very big part in Muslim culture and many families are very strict and restrictions can be very tough. It is not always easy to socialise freely in a strict Muslim culture which has its beliefs and standards. One way is to meet other Muslims who share your culture and beliefs on 121MuslimDating.com. When you meet a single Muslim on 121MuslimDating.com, friendship can quickly turn into something more.

For young Muslims, the idea of dating is common and necessary to ensure a strong family unit in the future, and it means balancing their religious views with their desire for emotional intimacy. However, many families have strict views on how dating should be undertaken, as innocence and purity are very important in the Muslim community and online dating is not always looked on favourably. However, meeting other Muslims who share your beliefs and culture and who widen your social scene can be the only way that many. Muslims can meet each other outside of their family circle and standard family interactions. Islam does not forbid love and romance, but it requires purity until marriage, therefore the accepted standards for western dating are different than those in the Muslim culture.

The whole family is involved in the choice of marriage partners from a very early stage in the courtship. However more and more young single Muslims have now taken it upon themselves to find their partners online on sites like 121MuslimDating.com and are breaking free from the very strict cultural constraints. 121MuslimDating.com can mean that these fears can be allayed because the Muslim dating site means that single Muslim have the freedom to choose their own date but still meet Muslims who appreciate the value of their culture and would like to meet other Muslims who also respect and honour that culture and their roots. This means there is an advantage while still maintaining the Muslim culture and the good part of honour, chastity and respect. Using online dating on 121MuslimDating.com with the intention of one day being married and bringing someone new into the family, rather than marrying within a close circle of long-term acquaintances is becoming more acceptable in Muslim culture. Therefore, online dating is becoming more popular on Muslim-based sites like 121MuslimDating.com, which reports high success rates for young Muslims who previously had a hard time finding a suitable partner. 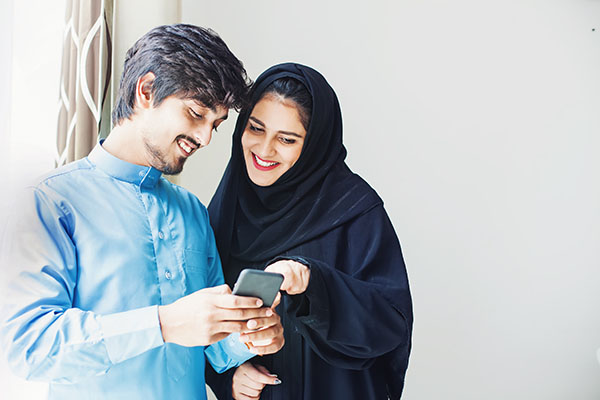 What We're All About